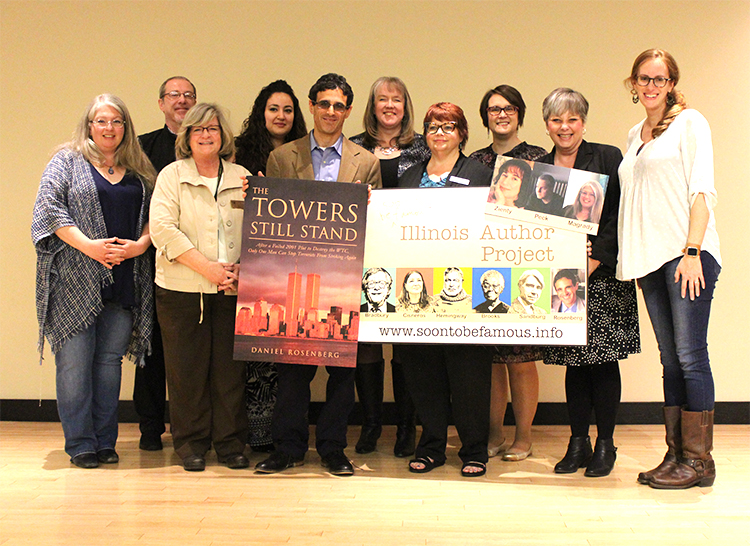 The Soon To Be Famous Illinois Author Project is delighted to announce this year’s winner, author Daniel Rosenberg and his novel, The Towers Still Stand.

The winner was announced during an exciting ceremony held at the Gail Borden Public Library in Elgin, IL, on Wednesday, April 12, 2017. Attendees heard about the history and future of the project, including the new partnership with BiblioBoard, heard excerpts from the three finalists’ books, and cheered as Rosenberg was named this year’s winner. Didn’t make it to the ceremony? Watch it online on the Gail Borden website!

More about Daniel Rosenberg and The Towers Still Stand: